Mindless Behavior Wiki: Behind the Business of the Hottest Boy Band 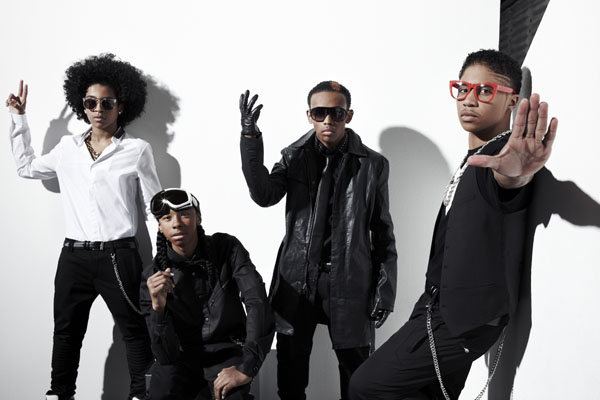 In a random episode of their promotional YouTube series for their new album and movie, Ray Ray and Prodigy, two members of the R&B boy band Mindless Behavior, are walking down the street in Los Angeles on their way to do an appearance. But really, they’re freestyling like two well-dressed kids walking down the hall between second and third period. The cool kids. Ray’s couplets show something of a penchant for rhythm and cadence as much as it does a reverence for Kendrick Lamar, and their chemistry is evidence that when rehearsing before the release of their first album, together they endured eight-hour days.

“And we making a whole ‘lotta salary,” Prodigy deadpanned, squeezing his words together to make them fit for their impromptu cyph, for the rolling camera.

Their pace in these videos is boyish, flirty and frenetic. An upcoming album and movie means it’s go time. After the salary line, Prodigy — for his ability to quickly, among other things, learn dance moves — couldn’t find another thing to say.

They’re just boys, these four — Ray Ray, Prodigy, Princeton, Roc Royal — but their sense of their place in the money-as-status music culture is evident in something as simple as a freestyle. This fact, coupled with their status as the most current iteration of R&B boy bands whose fortunes and public profiles are often as fleeting as pre-pubescent voices, beg an interesting question: Do the group members share the business savvy of the team that manages them? Can it rub off?

Because Team Mindless — their collection handlers and managers, it turns out, is actually not mindless at all, but quite brilliant. Mindless Behavior today officially released All Around the World, the group’s sophomore album. The week’s blitz is being driven by a pair of major-league partnerships: Target and AMC. Mindless Behavior gave their fans an opportunity to rewrite the bridge of an exclusive fan edition of their new single with a contest called “Your Lyrics, Their Voice.” The copy of the deluxe album with the version of All Around the World will be available exclusively at Target. The winning fan will have been chosen to meet the group, and attend the Los Angeles premiere.

“Target is known for offering extra content from the world’s most popular musicians,â€ said Target spokeswoman Courtney Foster. “This partnership with Mindless Behavior is an opportunity to give fans a chance to access more music with four bonus tracks and put their own mark on the music they love with a “Your Lyrics, Their Voiceâ€ contest.â€

In and of itself, the movie is a feat of business acumen and impeccable timing. The film was produced and directed by AwesomenessTV, a YouTube channel for teens. Â A documentary-style movie of the same name will open at 117 AMC Theatres in 47 markets including New York, Chicago and Los Angeles.

The numbers are difficult to ignore.

So is the all-too-common refrain of child stars unable to profit into adulthood.

For now, Mindless Behavior is mired in a curious prime: At 16 and 17, now is the apex of their cuteness and marketability.

“Are they sitting in on planning meetings and dissecting the numbers on retail orders? No,â€ says, Bobby Campbell, chief managing operator of the Atom Factory, which manages Mindless Behavior and counts John Legend and Lady Gaga as clients. “But there’s a full team on the road that has done a great job of nurturing them as young men. A huge part of that is them being super involved with campaigns and knowing what their career moves mean for them personally.â€

While Campbell concedes they have a long way to go until they are the next N*Sync (his unabashed goal), Mindless Behavior has has had its share of success. Its debut album, #1 Girl, debuted at No. 2 on the Billboard R&B/Hip-Hop Albums chart, selling over 35,000 copies its first week. All told, Mindless Behavior’s debut album has sold nearly 300,000 copies, 5.5 million ringtones, and over 845,000 singles. Album-related media has almost 156 million views on YouTube.

But perhaps more interesting is the fact that almost 90 percent of their debut album’s sales were in the form of physical copies.