#MillionaireMovesMonday: Build Your Business With Creativity 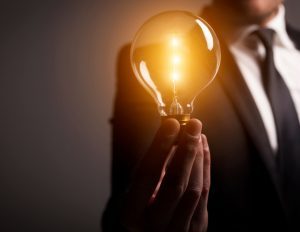 This week, Pickard is sharing insight about financing a startup. According to him, you don’t need to get a bank loan or come from a family of wealth in order to build a business from scratch. Instead, you just need creativity.Â Read an excerpt from Principle Three: Finance, below.

Nearly all entrepreneurs start out with no money. Many of them are just as broke as the next person. Yet they achieve their goals anyway. As actor Woody Allen once said, “80 percent of success is just showing up.â€ Or as my grandmother used to explain, “You take one step, and God will take two.â€ Which is another way of saying: Go forth with your business plans and, sooner or later, the money will appear.

With that said, I must warn you that most startups are not financed by banks. Instead, startups are funded by a host of alternative sources. My situation is an ideal example. The McDonald’s opportunity surfaced while I was still working on a Ph.D. at The Ohio State University. My Alpha Phi Alpha fraternity brothers urged me to take out a student loan and I heeded their advice. I have already shared this story, but it bears repeating because it demonstrates how smooth the process can be. You see, that $10,000 loan changed my life and forever altered the way I view finance options.

It was a hefty chunk of cash that helped me get my foot in the door of the world of free enterprise. But here’s the memory that makes me want to shout–I didn’t have to pay all of the debt. The loan conditions stated that 10 percent would be forgiven every year I worked in a public educational institution. I took a job teaching at Wayne State University in Detroit and when I walked out several years later, almost half of my loan was paid off.

So allow me to reiterate: Finance is the easiest part of the entrepreneurial adventure. Most of us don’t come from families that can write us a $1 million check and tell us to get out in the world and make our mark. But, we have at our fingertips a supreme resource called creativity. Numerous studies have shown that children who grow up in families where there was entrepreneurship are more inclined to become entrepreneurs. If you have this advantage, then build upon it. If not, follow the examples set by parents and grandparents, aunts, and uncles who knew how to borrow from Peter to pay Jamal and juggle what little they had left.

Pickard currently serves as CEO and chairman for six different enterprises, ownsÂ several McDonald’s franchises, and co-owns five black-owned newspapers. He also sits on the board ofÂ the National Urban League and is aÂ member of the Detroit Branch of the National Association for the Advancement of Colored People (NAACP). Â Stay tuned to see another excerpt from his book titled, Principle Four: Relationships, next Monday! Why Every Entrepreneur Should Become an Author

Educator Offers Free College Courses on the Business of Music