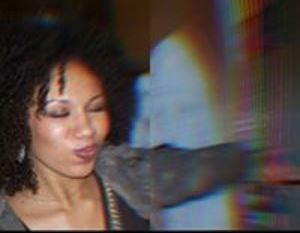 Ayla Bystrom-Williams spent years experimenting with a probiotic kombucha tea, a fermented drink that has gained widespread appeal among health-conscious enthusiasts. Under the auspices of her upstart micro-business, Honeymoon Brewing, Bystrom-Williams has crafted a crossover beverage that combines the health properties of the kombucha with raised alcohol content more typical of beer.

“The Miller Lite Tap the Future competition is an intense process that takes months of preparation and hard work for all of the competing companies,â€ notes Steve Canal national community affairs manager for MillerCoors. “Not only does it take passion and drive to be selected, but also an innovative idea with the power to become a viable company. We’re proud of Honeymoon Brewery’s accomplishments thus far and look forward to seeing how this business grows.â€

Thirty semi-finalists were chosen from a pool of over 13,000 applicants for a chance to impress Daymond John and other judges at live pitch events all over the country. Each of the six winning finalists from the first round received $20,000 and a chance at the grand prize of $200,000.

Bystrom-Williams, who serves as CEO, acknowledged in a press statement the honor of winning the grand prize. “From the very beginning we knew that we had a product that could be revolutionary, it just took the work and dedication of our team to show the judges the same thing. The exposure from this competition, as well as the prize money, will go a long way in getting us to the next level,â€ she said. “And more importantly the business knowledge we gained from the judges has given us insight on how to improve our brand, and sustain it for years to come. We’re extremely thankful to Miller Lite for the opportunity and applaud the company for empowering entrepreneurs through Tap the Future.â€

Tap The Future’s Other Winners

CosmoSafe — Provides a self-driven educational and certification platform for the makeup and beauty industry.

NuekieÂ  — A health and beauty company for people of color that uses modern science and African American medicine to address skincare issues.

Pass it Down — A storytelling platform that is mobile optimized.

Tip Flops — Combines a toe separator with a flip-flop as a two-in-one footwear for people who get pedicures on the go.

Miller Lite Tap the Future will return in early 2017. For a fifth year running, entrepreneurs will be able to compete to win a six-figure prize and receive expert advice from the judges and community partners.