Millennials Prove to Be Most Loyal Workers 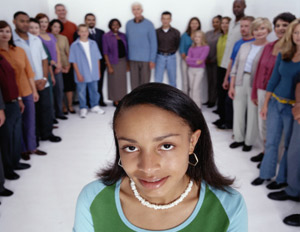 Research shows that millennials are more loyal to their employers than they have been in a while. The Washington Post reported that “Millennials seem to be sticking with their jobs longer than their counterparts did a decade ago.” While the job loyalty among young adults debunks myths and stereotypes that the generation is lazy and entitled, economists say that this could potentially be a bad thing.

“Economists tend to view voluntary job hopping as beneficial to people early in their careers,” according to The Washington Post. “Think of it as trading up: people often change jobs because they find a position that’s better paying or a better fit.” They believe that the recession hindered upward transitions because it made finding a new job very difficult.

LinkedIn says that “job hopping is an indicator of a good economy. And it also forces up wages, because there is more competition for labor.” The worse off the economy, the more likely people will stay at their jobs longer because better opportunities simply aren’t out there.

This also affects workers’ pay. Companies don’t feel compelled to up their employees’ wages because they have little worry that their employees will actually leave.

There does seem to be a hiring trend that could start restoring the economy, however, encouraging more millennials to find better employment opportunities. Voice Glance spoke with dozens of recruiters and reported that usually hiring is slow during the holidays, but last holiday they were able to add new jobs at all levels. And the Bureau of Labor Statistics back the claim: The unemployment rate dropped from 6.7 percent at the end of 2013 to 5.8 percent at the end of November 2014.

Predictions are that the hiring will continue and the unemployment rate will fall to 4 percent this year. If so, millennials’ job loyalty will more than likely decline too. But in this case, that’s a good thing.

Stylist to the Stars: Carmen Lilly Shares Tips to Empower Women Through Fashion

3 Ways to Stand Out in a Saturated Market