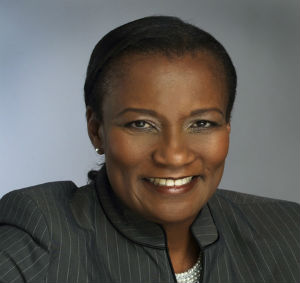 With over 53 million passengers per year, Denver International Airport is one of the busiest in the world.Â  And in the city’s largest contract awarded to an African American owned company, Denver-based Burgess Services Inc. landed a $39 million deal for HVAC, heating and air conditioning work at the airport.

Burgess Services, headed by Denise Burgess and founded by her late father in 1974, specializes in construction services, particularly heating, ventilation and air conditioning (HVAC).Â  According to Burgess, the company was prepared for the contract. “We knew the DIA expansion would happen, and we’ve done $32 and $36 million contracts for major projects for the federal government in the Atlanta and Miami areas,â€ she says. “So we knew we were prepared and had the experience and we decided to go after this one.â€

The Burgess team initially bid on a design assist contract — basically a smaller project that’s used as a test to determine how well the company performs. “So we did the 6-9 month performance interview and we did well enough that they offered us a final contract and we finalized negotiations in January and signed in February.â€ The work is being done as part of an expansion projection in which the south end of the main terminal is being expanded where there’s going to be a Westin Hotel, a terminal for a commuter train that will run directly to the airport from Denver’s downtown

Burgess says feels a sense of history attached to the deal. “I feel like it’s bigger than I am,â€ she says. “Denver has a few African American firms that are up-and-coming and we’re all pushing from having a M/WBE program and looking to graduate from that. That’s our goal and the goals for a few minority firms here in Denver.â€ Completion of the project is scheduled for June 2015.

The Second Time Around