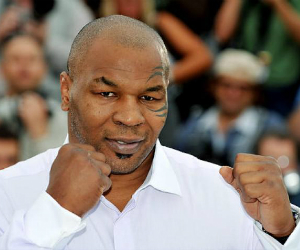 The Urban Daily is reporting that the former heavyweight champion is getting his own cartoon show on the Adult Swim network.

Says Adult Swim, ‘Mike Tyson Mysteries is the new animated comedy series that hasÂ Mike Tyson taking the fight from the boxing ring to the street by solving mysteries! Mike’s armed with a magical tattoo on his face and a trusty associate by his side (a talking pigeon). But never fear, because if you have a problem that needs solving, Iron Mike is in your corner.’

This is a huge step in the right direction for the rehabilitation of Tyson’s image. He is still in trouble with the tax man but is on his way to making amends by staying busy with acting roles, television appearances and even doing a stint on Broadway with his own one man show.