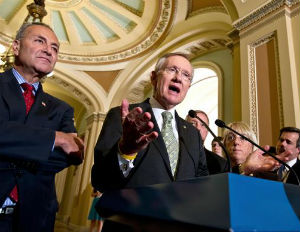 The United States Senate passed a bill yesterday that will extend tax cuts for the middle class but not the wealthy.

The bill, which passed 51 to 48, is expected to not pass in the House.

Details of the bill have been released as he child tax cut would be preserved while rates would rise by 4 percent on incomes above $250,000 for couples and $200,000 for single filers.

The House is scheduled to vote on the tax cuts next week.

The Eternal Love of My Life