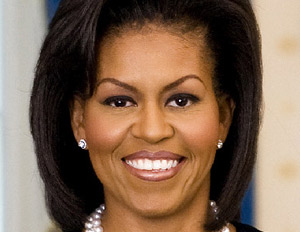 The National Transportation Safety Board and the Federal Aviation Administration are investigating why the plane landing for first lady Michelle Obama and Jill Biden was aborted Monday evening.

NTSB Spokeswoman Kelly Nantel announced Wednesday that after reviewing information surrounding the incident, the board decided to open a formal investigation, according to the Associated Press.

FAA reports show the Boeing 737 plane came within approximately three miles of a military cargo jet as both planes approached Andrews Air Force Base for landing. When the plane in the lead is as large as the cargo jet–200-tons–the aviation agency orders a minimum distance of 5 miles between the two planes.

Mrs. Obama and Vice President Joe Biden‘s wife were returning back from doing a joint television interview in New York when the incident took place.

President Obama touched down in Palo Alto, Calif. Wednesday to hold his first-ever Facebook town hall gathering. Mr. Obama opened the White House Facebook page up to its millions of followers. He received over 1,700 questions via Facebook, in addition to many more on the Whitehouse website.

The commander-in-chief touched on several issues, ranging from the economy and education to healthcare and immigration. The event was streamed on the Facebook Live video page.

Third time’s a charm. Well, that might not hold true for the California GOP official who sent an offensive email depicting President Obama as a chimpanzee. Marilyn Davenport apologized for the offensive email a third time on Wednesday, but is refusing to step down.

Davenport is declining requests to step down due to the support of her constituents. “[They] told me…they want me not to resign,â€ said Davenport to a local news station.

Requests for her resignation have come from several members of her GOP committee, including its chairman, as well as the Rev. Al Sharpton and the California State NAACP.

At Tuesday’s press conference for the West Coast premiere of Madea’s Big Happy Family, Perry’s latest film, the award-winning producer grew angry at the mention of the Do The Right Thing director, who has openly criticized Perry and the subject matter of his films.

The tension between the two started back in 2009 when Lee publicly criticized Perry. Click below to listen to Perry’s comments.

Tyler calls out Spike by EURnews

What You Can Learn from… the Barry Bonds Conviction

This Week on Our World: Singer, Songwriter and Actress Jill Scott