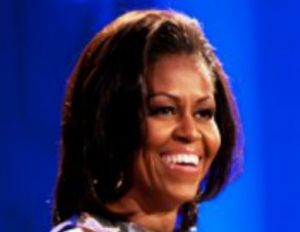 Forbes has released its “100 Most Powerful Women” list and Michelle Obama comes in at No. 8. She is the highest ranked black woman on this year’s list.

Oprah Winfrey andÂ BeyoncÃ© make the list as the top entertainers, coming in at 14 and 17 respectively. Winfrey is listed as media and BeyoncÃ©Â as an entertainer.

No. 22 is Ursula Burns, CEO of Xerox and No. 40 is Joyce Banda is president of Malawi. They round out the top five black women on Forbes’ “The World’s Most Powerful WomenÂ 2014.”