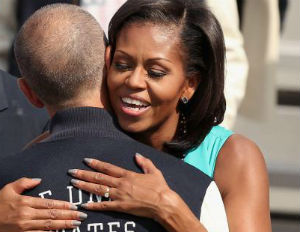 First lady Michelle Obama’s request to speak at a Chesterfield County elementary school, while on the campaign trail in Virginia, was rejected by the school officials, citing that it went against school policy.

The Richmond Times-Dispatch reports that the Chesterfield school officials refused to discuss the request made by the Obama campaign.

However, James Holland, a Dale District Supervisor, and the only Democrat on the five-member Chesterfield board said, “I do believe and think that Mrs. Obama, the first lady, should be allowed to attend a Chesterfield school.â€ He continued, “I know it’s not school policy. However, I just do not agree with that, because I think it’s an honor for the first lady to visit a school.â€

10 Questions for Love and Hip-Hop’s K.Michelle