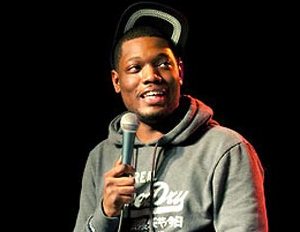 According to Salon, Michael Che will be replacing Cecily Strong on Saturday Night Live’s Weekend Update. Che joins co-anchor and head writer Colin Jost, while Strong will stay on as a regular cast member.

‘This is about a new era, what feels appropriate for now,’ Lorne Michaels, SNL’s creator told the The New York Times. ‘That’s why we did a lot of combinations and tests, and this is kind of where we came out.’

‘Michael is a strong writer, and he’s really funny,’ he said. ‘It’s always difficult to make changes and make ‘Update’ different from what’s gone before.’