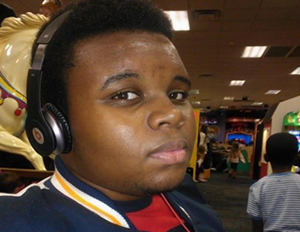 The death of Michael Brown at the hands of a FergusonÂ police officer outside an apartment complex has driven residents into the street, taunting police, rioting the area, and firing shots. The NAACP has been called in to help with the situation.

The 18-year-old was shot at approximately 2:15 p.m. in the 2900 block of Canfield Drive. In the wakeÂ of such calamity, the NAACP has released the following statement on Michael Brown’s death.

President and CEO of NAACPÂ Cornell William BrooksÂ states, “Our prayers go out to the family and friends of 18-year-old Michael Brown of Ferguson, Missouri. The death of yet another African American at the hands of those sworn to protect and serve the community where he lived is heartbreaking. Michael Brown was preparing to begin college, and now his family is preparing to bury their child – his life cut short in a tragic encounter with the police. As the NAACP’s Missouri State Conference and St. Louis Branches seek answers about the circumstances surrounding Michael Brown’s death, the National office will remain vigilant until accountability and justice are served for the countless individuals who lose their lives to misguided police practices throughout the country. Even as we call for accountability by those charged with protecting the community, we call on the community to act collectively and calmly until we secure justice for the family of Michael Brown.”

Brown’s mother, Lesley McSpadden, said over the weekend that the shooting took place as her son was walking to his grandmother’s residence. According to eyewitness Piaget Crenshaw, 19, she was waiting for a ride to work when she saw a police officer attempting to place Brown in the back of a squad car. A few moments later, Crenshaw then sees the teen, hands in the air, attempt to flee.

Michael Brown was shot several times as he ran away from authorities. AÂ recent graduate of Normandy High School, Brown was scheduled to begin classes at Vatterott College on Monday (Aug. 11).

We will keep you posted as this is still a developing story. 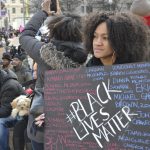 15 Most Influential Black Lives Matter Tweets You Should See 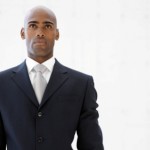