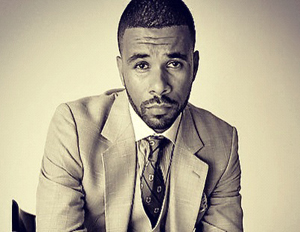 In this special series, BlackEnterprise.com takes a look at three black men behind the Grammys who are making major boss moves in the music industry, continuing a legacy of excellence—oftentimes behind the scenes—among the world’s best talents.

You never know what you’re going to get online. With a Twitter tagline that reads “I write songs. They get in movies. You go see movies. They send me monies. I feed my son. I write more songs,â€ it might be hard to believe that the person behind the screen is telling the truth. But in fact the man behind the handle @MrChrisClassic is doing just that. Hip-hop producer Chris Classic writes and co-writes songs like “Witch Doctorâ€ and “Ain’t No Party,â€ which were both featured in the Alvin & the Chipmunks movie. He’s also won an American Music Award and is working on a huge project with one of the NBA’s favorite power players.

BlackEnterprise.com spoke with the talented rapper and writer Chris Classic to find out more about the man and how he’s building his brand. He offers valuable advice and his reasons for staying “far away from the music industryâ€ and how Shel Silverstein is one of his heros. Take notes!

BlackEnterprise.com: Your experience varies, fromÂ writing with Run DMC, to producing songs for the “Alvin and the Chipmunks” movie, to being featured in a song on Sex & The City? How have you been able to navigate your career path?

Chris Classic: [It was about] staying consistent and knowing what I wanted to do. I was aware that I was good at writing broad, commercial lyrics since I was 15, and if I could combine that with my fondness of advertising, I would be happy. Working with Run DMC’s last studio album “Crown Royal,” was an unforgettable experience right out of college. They are the quintessential essence of hip-hop and rap. Ironically, writing on the “Chipmunks” soundtrack is just as detailed and pressure-filled. They are legendary, with 60 million albums sold. We won an American Music Award for it. First one went platinum, the other two gold. That’s ludicrous to me. I don’t even have a record deal and have had dreams come true. It reminds me to think hard and to write to appeal to a broad range of people.

What’s the cost for one of your songs? And what are some of the other perks of your job?

A typical music license of one of our songs can be anywhere from $750 each for bulk use in one show to $50,000 for a trailer or end title of a feature film. The key is to treat every project like it’s a $50,000 license when it comes to quality. Â It’s a numbers game. We write and license hundreds of songs each year. I’m usually responsible for several dozens annually. Royalties and residuals are a great bonus on top of those license fees. The greatest perk is taking my 9 year old to the movies and seeing him light up when he hears my voice or having my grandma text me and ask me if I have a song in some random TV show she watched.

How have you been able to diversify your work?

Realizing that I like a bunch of different things and that there are SO many dope artists and writers encourages me to switch it up. I was raised as a Jehovah’s Witness. I couldn’t listen to hip-hop or rap growing up. My friends listened to Nas and Wu Tang. I had to listen to Sade, The Spinners, George Benson and Earl Klugh or whatever came on CD 101.9 (the jazz station in NYC) at the time. Because of a broad musical exposure outside of hip-hop it allows me to draw on all of that when creating. My favorite albums are “The Dude” by Quincy Jones and “Midnight Marauders” by A Tribe Called Quest. My favorite artists are Sade, John Mayer and “The Dude Wit The Shoes” (Jay Z).

How do you deal with the many personalities of the industry, and avoid getting jaded?

I’ve learned to stay as far away from the ‘music industry’ as possible. Working with music supervisors in Hollywood for film & TV allows me [avoid being] entangled in the some of the red tape and varying personalities that usually are staples of record labels. First-week sales aren’t scrutinized. Content and creative freedom is endless in my profession. I’m fortunate to not have to be in competition with any other artist. As in any profession, particularly self-employment, the monetary aspect can be cyclical and turbulent. I’ve learned to find my lane and stay in it.

What advice do you have for those pursuing careers in entertainment?

People aspiring professions in entertainment need to be reminded that it’s just that, entertainment. To be able to make a living from making music is such a far-fetched idea to the average person. In America there is such a fascination with overnight success and sensationalism that everyone is looking for ’15 minutes of fame’ without a plan for the 23:45 remaining in life. Ask yourself: What makes me different? Am I really better or am I just hoping to be an alternative to someone I’m not so fond of personality wise? You need to be reminded this is a business. With all of the creativity surrounding it, its still an industry. There is supply and demand and a system which has been in place for almost a century that determines how things are marketed. The real game-changers are far and few between. You will find true happiness when you are able to find a palatable medium between paying your bills and doing something you love in the entertainment field. Your soul is [invaluable] … but this business has lots … and lots of money. Become priceless.

Check out the rest of our Men Behind the Grammys series: