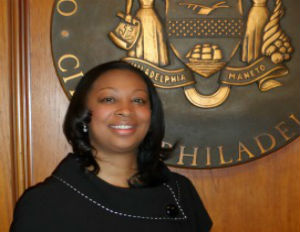 Desiree Peterkin Bell is a triple threat in life and business. As the race director of the GORE-TEX Philadelphia Marathon, she’s one of a few black Americans to lead a major marathon.

Additionally, as the director of communications and strategy, and the city representative, she holds the only designated city position to represent Mayor of Philadelphia Michael Nutter; internationally, nationally, and locally.

Bell, recognized as a strategic planner, consummate communicator and political strategist, holds a master’s in public policy from the National Urban Fellows Program and has served at various levels of politics and government for over 15 years. She’s served four mayors: Bart Peterson, Indianapolis; Michael R. Bloomberg NYC; Cory A. Booker, Newark, NJ; and Michael Nutter, Philadelphia, PA. She was also the senior adviser for Obama for America, helping to craft and lead the successful re-election bid for President Barack Obama in Pennsylvania.

With the GORE-TEX Philadelphia Marathon scheduled to take place on November 22, 2015, BlackEnterprise.comÂ caught up with the five-time NCAA All-American in track and field to get a few marathon training tips and delve more into her background.

BlackEnterprise.com: Female race directors are few and far between. What is the most important quality that a woman needs to be successful in a male-dominated industry?

Bell:Â We put our pants on just like everybody else, one leg at a time. Women in this position and other leadership positions just need to know that they are just as qualified to lead.

There’s a perception that there are not a lot of African Americans involved in running marathons. In fact, Running USA’s bi-annual National Runner SurveyÂ revealed that only 1.6% of marathon runners in America are African American, compared with 90% of Caucasians, 5.1% of Hispanics and 3.9% of Asian/Pacific Islanders. If you agree, what in your opinion can be done to change the perception?

What does it take to plan a marathon?
Discipline, steadiness, focus, drive, and a great team. I work with a number of talented individuals who all come together to ensure the best possible experience for our participants. From the opening of our Health & Fitness Expo to our last participant crossing the finish line.
(Continued on next page)