Every few weeks, my constituents in New York invest large swaths of their paychecks into American companies. New York City employees alone have invested nearly $60 billion of their retirement money into U.S. public companies. These investors are diverse, and include the city’s firefighters, teachers, police officers, and civil servants.

Since their financial futures depend on it, New Yorkers and Americans have a right to know what kinds of companies they are investing in, and whether those companies follow the best business practices.

A widely acknowledged best practice is ensuring diversity on corporate boards and in senior management. Recent studies have shown that companies with diverse boards and management teams perform better financially than their industry peers do. Yet, U.S. companies continue to resemble vestiges of old boys’ clubs, despite the business case in favor of diversity. A recent study released by Deloitte revealed only modest gains in corporate diversity from 2012 to 2016, with women and minorities seeing “little change in representation at Fortune 500 boards.”

To make matters worse, not all companies are transparent about their diversity data and practices. Without robust diversity disclosures, middle-class investors are then left to make financial decisions—which have a direct impact on their bank accounts, livelihoods, and futures—with insufficient information.

Investors deserve more, and they have demanded more information on how companies consider diversity when choosing their directors. For example, in 2015, nine retirement systems including those in New York City and New York state sent a letter to the Securities and Exchange Commission (SEC) requesting better disclosures to “evaluate board nominees’ gender, racial, and ethnic diversity.”

This may be a great opportunity for the SEC’s new chair, Jay Clayton, to put forth a rule that can garner support from investors and the business community alike.  It’s reassuring that the SEC’s Advisory Committee on Small and Emerging Companies, a group representing the interests of small public companies, recently recommended improvements to the Commission’s board diversity rule. In that vein, I sent a letter signed by 29 members of Congress to encourage Chair Clayton to adopt the Advisory Committee’s recommendations through a formal rulemaking process.

When it comes to corporate diversity, making a profit and doing what’s morally right are not mutually exclusive. These principles can work hand-in-hand. Our companies can make a profit, and also reflect America’s highest ideals of equal opportunity and inclusion.

The Women in Tech Group That's All About Action 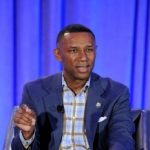