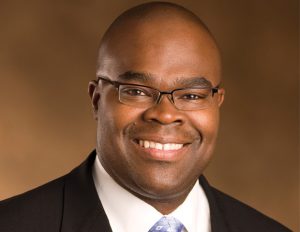 Earlier this year, it was announced that Don Thompson was retiring from his position as CEO of McDonald’s after serving less than three years as head of the restaurant chain. Now, just a little over a month after the announcement, McDonald’s has agreed to work with Thompson as a consultant and pay him $3 million.

Thompson, who has been listed on Black Enterprise’s 100 Most Powerful Executives in Corporate America list, has also recently joined the board of directors of Chicago-based financial services provider Northern Trust, making him the third black board member at the company.

So far, there aren’t many details on the depth of Thompson’s role as a consultant for McDonald’s, but it’s reported that he may be staying on board to help his successor, Steve Easterbrook, clean up the many financial problems the company faces. The restaurant chain has reported a 4% decline in domestic same-store sales for February and a 1.7 percent decline globally.

Thompson’s $3 million pay has caused controversy, as it triples the $1.1 million salary that current McDonald’s CEO Easterbrook is set to earn.

Thompson joined McDonald’s as an engineer in 1990 and worked his way up to being named CEO in March 2012. He was a speaker at Black Enterprise’s 2015 Women of Power Summit, making him the first male keynote speaker the event has ever had.

‘The Dress’ Being Used to Fight Domestic Violence