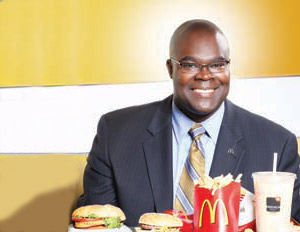 McDonald’s, the world’s biggest restaurant chain, has announced that its CEO Don Thompson will retire from his executive position after serving two years as head of the company.

Effective March 1, Thompson will step down from his role as CEO and be replaced by the restaurant’s Senior Executive Vice President and Chief Brand Officer Steve Easterbrook.

Thompson has been listed on Black Enterprise’s 100 Most Powerful Executives in Corporate America list and his role as CEO of McDonald’s made him a part of an exclusive club of black executives running major publicly traded corporations. He is scheduled to speak at this year’s Women of Power Summit in Fort Lauderdale, Florida, making him the first male keynote speaker at the event.

In addition to CEO shakeups, McDonald’s has also announced that the company’s CFO Pete Bensen will transition to the role of Chief Administrative Officer, while the company’s current corporate controller, Kevin Ozan, will become the new CFO. 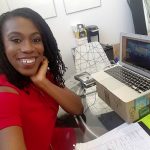