Maryland's Move to Big Ten More About Money Than Academics 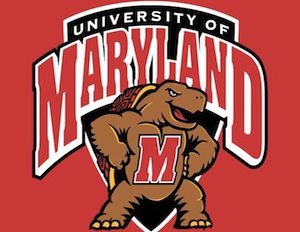 The Maryland Terp’s are planning a move from the ACC to the Big Ten Conference in 2014, but not to increase the school’s academic pedigree. No, the University of Maryland is hoping that the move will pay off in the most literal sense possible.

Moving from the ACC to the Big Ten could provide the school a windfall of $7 million annually in television revenue, which is exactly what the university needs. Maryland recently cut seven athletic programs just to make a projection it would be out of debt by 2019.

The move would be a big help to the Big Ten as well, the conference could stand to earn between $100 to $200 million in TV revenue if it extends its footprint to D.C. and New York.

The university will use the money to enhance the athletic program through facility upgrades and increased support staff and personnel – but for the diehard fan and sports purists – those improvements may not even be necessary if history and tradition is thrown out of the window for a buck. Especially, if the school’s programs are setting themselves up to receive a trouncing each year.

Maryland is one of many schools conference hopping this year. It’s an era of athletic programs trying to survive and remain solvent and the idea of tradition simply won’t keep the lights on.

Yahoo! Sports has full analysis on what the Terp’s move means and what they owe their fans as a result.

Put a Smile on Your Face, it May Lead to More Money

Honored by the Queen: How a Young Woman Gained Ultimate Career Win