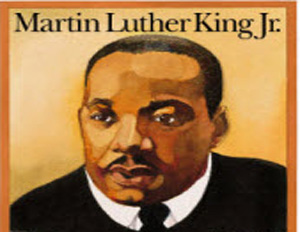 More than half a million people are expected in the nation’s capital for the first viewing of the Martin Luther King Jr. memorial statue in August. But the statue’s depiction of King has sparked controversy.

According to critics, sculptor Lei Yixin made the the Civil Rights leader’s statue look Asian and having MLK’s arms crossed makes him look “confrontational.” There’s also criticism that the statue should have been done by an American.

For video, continue on to The Grio…

A Paris court has ordered a French TV station to pay Spike Lee $1 million euros (about $1.4 million) for failing to distribute his World War II-era film, Miracle at St. Anna.

Created by Burrell Communications, the campaign will be the first time Toyota has marketed this vehicle to African Americans, though it has previously advertised many of its cars, including the Camry, Corolla, Avalon, Prius, Yaris, Matrix and Venza, to that consumer demographic.

Johnson Publishing Co., the Chicago publisher of Ebony and Jet magazines, has sold a minority stake to J. P. Morgan Chase & Co. and will use funds raised through the investment to accelerate its growth plan.

CEO Desiree Rogers declined to say how much the private-equity arm of New York-based J.P. Morgan invested, but she noted that the stake is “substantial.â€

The numbers are in. A year after the social media site hit 500 million users; Facebook CEO Mark Zuckerberg announced Wednesday it now has 750 million users.

“The reason why we didn’t report it is we don’t think it’s the metric to watch right now,” Zuckerberg said during an event that unveiled the Skype video calls function on Facebook.

5 Weekend Getaway Destinations Within the US