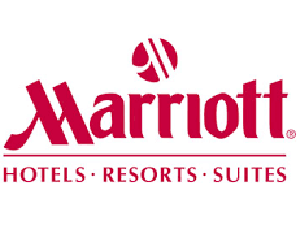 Marriott International is buying rival hotel chain Starwood for $12.2 billion in a deal that will secure its position as the world’s largest hotelier, according to the Associated Press.

So what does this mean for customers? If the deal goes through, the acquisition will add 50% more rooms to Marriott’s portfolio and give it more unique, design-focused hotels that appeal to younger travelers. Additionally, “the new company would have 5,500 properties with more than 1.1 million rooms around the world, uniting Starwood’s brands, which include Sheraton, Westin, W and St. Regis, with Marriott’s two dozen brands including Marriott’s Courtyard, Ritz-Carlton and Fairfield Inn.”

“The deal comes at a time of record hotel occupancy and rates. During the first nine months of this year, guests filled 67.3 percent of the available rooms in the U.S., according to research firm STR. That’s the highest level since STR started collecting data in 1987. Guests paid an average of $120.35 a night so far this year. The prior record, adjusted for inflation, was $119.70 in 2008.”

“Marriott, based in Bethesda, Maryland, has been aggressively growing. In April, it acquired Canadian chain Delta Hotels and Resorts, helping it become the largest hotel company in Canada.”

“The boards of both companies approved the acquisition unanimously, which now must be approved by investors in both hotel chains.”