'Married to Medicine' Star on Making Others Millionaires 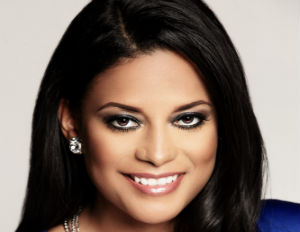 Married to Medicine fans are excited for the production’s season three return, slated for June 7. In the midst of all the anticipation,Â BlackEnterprise.com caught up with the Bravo reality show’s Lisa Nicole Cloud to talk business and the series, which is centered around thriving women in Atlanta as they balance their medical careers, or their marriages to medical professionals.

Cloud, who’s married to Dr.Â Darren Naugles, is a self-made millionaire. She built a multi-tiered empire as a direct sales expert, author, business and success coach, public speaker, and clothing designer—making her the highest-earning cast member. “The unique caveat with me was you have your doctors and you have your doctors’ wives, and I’m married to a doctor, but I make more money than all of the doctors,” she tells us. The producers thought Cloud’s entrepreneurial success would bring an interesting dynamic to the show.

She had been approached by other non-scripted TV shows, but declined them all because “IÂ didn’t like the portrayal of women in the reality TV space.” When producers from Married to Medicine called her, she told them, “Well, I’m not your drama queen… but if you’re looking for someone that can empower ladies, that can inspire the ladies on the show and maybe act as a mentor to them for businesses that they’re trying to start, then I could be your person.” The show’s producers accepted Cloud’s terms, as they had been searching for someone to complement Dr. Jackie’s no-drama temperament and balance the more over-the-top personalities.

Since the show, the millionaire wife and mom has been able share with national viewers how exactly she does it all. For Cloud, the first step is releasing baggage and connecting to your purpose. “I went through a workshop, which was probably one of the greatest experiences, called Inward Journey,” she recalls. “I discovered that what I was holding onto was holding me back, which stemmed from a relationship that was disconnected with my father… When I really released that, it was like the universe just opened up.” She also credits strong women who acted as mentors and “poured back into me.”

After forgiving her father, direct sales was the beginning of her entrepreneurial endeavors. She became the top earner in her company, 5Linx, and later found fulfillment in training other women in the company to “help them have their breakthroughs too.” The businesswoman says the value of empowering her peers to become prosperous and independent was far greater than any financial gain, “and that’s when you know that’s your gift.”

Go onto the next page and read how direct sales works, plus how Lisa Nicole Cloud helped 16 people become millionaires…