What Entrepreneurs Can Learn From Mariah Carey's NYE Fiasco 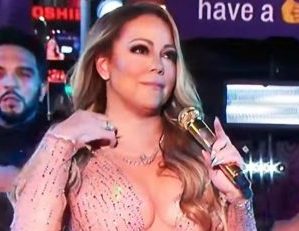 Many of us were thrilled to finally say goodbye to 2016–a year plagued by a number of shocking celebrity deaths and the ominous election of Donald Trump. However, just when we thought we had seen the worst of the worst, Mariah Carey added an extra layer of icing to end this year of disaster.

In the final moments of 2016, the 46-year-old diva delivered a cringe-worthy live performance on Dick Clark’s New Year’s Rockin’ Eve With Ryan Seacrest.Â  She appeared to be lip-syncing and disoriented while singing some of her hit songs in front of 48 million people around the globe. At one point during the performance, she mentioned that she couldn’t hear the track in her ear piece. However,Â she continued to prance around and awkwardly dance with her back-up dancers.

Naturally, the performance instantly went viral, and the Grammy Award-winning artist became the butt of countless jokes and memes.

#PressPlay: Why did the #Spurs mascot have to play #MariahCarey like that though pic.twitter.com/DL96IlA0Bz

Despite Mariah’s humiliation, there are a few lessons we can all learn from this mishap about dropping the ball on the job, whether you’re an artist, entrepreneur, or working in corporate America.

Though a seasoned singer and performer, Mariah Carey still struggled to get through her headlining set in Time’s Square. This proves that everyone faces big and small challenges on the job, despite their experience, career level, or status. Â However, how we handle these situations is key.

It first became clear something was offÂ when Carey tried to sing “Emotions.â€

After her performance, the “Honey” hit-maker tried to downplay the incident, tweetingÂ “S–t happens.”

Shit happens 😩 Have a happy and healthy new year everybody!🎉 Here's to making more headlines in 2017 😂 pic.twitter.com/0Td8se57jr

But, mistakes of this magnitude can’t be so easily dismissed. If someone happens to drop the ball while in the office, or working on aÂ team project, or during a presentation, the first and best thing one should do to recover is to humbly own up to it. It’s better to admit that you are not at your best, or that you are having trouble getting something done. Don’t try to brush it under the carpet or minimize its impact.

Following Carey’s performance debacle, one of her reps attempted to shift blame off the singer, accusing Dick Clark Productions of trying to sabotage herÂ performance with technical difficulties.”Production set her up to fail,â€ said the repÂ toÂ Billboard magazine.

Blaming and bad-mouthing someone else when things go wrong is always a bad idea, especially when you’re seen as a leader or visible representation of a company or brand. In this case, Carey, herself, is her own multimillion dollar brand. So, when things go wrong, she’s naturally going to be held responsible.

Rather than pointing the finger, it’s best to confess your slip-up. Even if you’re not solely responsible, it’s better to say, “I should have done a better job overseeing this project, rehearsal, or presentation,” than to publicly cast all the blame on your team members, co-workers, or business partners.

3. Don’t Bring Unnecessary Attention to Yourself

Rather than letting the buzz over her disastrous performance die down naturally, it seems like the superstar singer is still desperately trying to shift everyone’s attention back to her.

On Wednesday, she posted herÂ annual hot tub picture. In the past, these winter hot tub photos were showed off herÂ amazing body. However, this year, Carey looks a little disheveled (or possibly drunk), while awkwardly cheesing in front the camera with a bottle and half of her bathing suit coming down.

While she may have posted this picture on Instagram to act as a distraction from her tragic New Year’s Eve performance, it has, instead, created more unnecessary negative attention aroundÂ her.

The lesson here is that self-sabotage is never the way to recover from a mistake. Instead, be transparent and take responsibility. Everyone makes mistakes, but how you handle it is the true test of character.