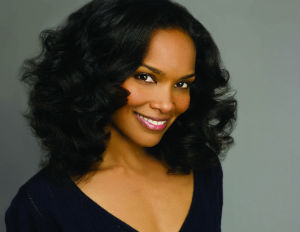 As season 2 of Being Mary Jane continues, it’s clear that the shows creator and executive producer Mara Brock Akil is making it her duty to keep the original drama series at the tip of everyone’s tongue. With Mary Jane, played by Gabrielle Union, biting off more than she can chew as she tries to be a power woman in her work space and in her family, she continues to learn that the trajectory of her love life is a complicated path that’s far from predictable.

“I didn’t want to skip over anything,” says Akil about writing the script for season 2. “The show is set up to be about everyday drama. It’s not just the big moments, it’s the little moments too.”

Talking to BlackEnterprise.com about the need to pick up season 2 on the same bang that season 1 ended on, the Northwestern University alum says that Mary Jane’s efforts to try and get her love life in order by closing things off with David is an example of the tone for the show’s newest season.

“A lot of times in order to move on you have to go two steps back and that was the tone for the second season,” says Akil. “People can say, ‘Girl move on. But how do you move on?’ Sometimes you take the punch in the gut and you have to recover from that and then move on.”

[Related: Brandy Norwood Dishes The Dirt About Her Character On BET’s The Game]

In addition to Being Mary Jane being in its second season on BET with a greenlight for a season 3 renewal, Akil is also juggling with the success and final season of her hit show The Game.

After debuting on The CW in 2006 and later being cancelled by the network in 2009, The Game fans started an online petition to bring the show back to life. In 2010, the show’s loyal fans got their wishes granted when BET picked up the series. Now, in it’s eighth successful season, Akil is preparing to bring the show to a close as its been announced that its ninth season will be its final season.

“I’m actually quite blessed, quite grateful and quite thankful because my last show Girlfriends didn’t get an ending,” says Akil. “I know my characters aren’t real, but they’re real to me and they’re real to the audience who fought hard to bring it back. It’s a blessing to be able to say to your cast, who you’ve spent so many years with, thank you. It’s always bittersweet, but it’s mostly sweet for me because we showed up. We did our best and the audience showed up too and did their best and we made history together. So I think if you’re going to say ‘Goodbye,’ what a beautiful way to do it.”

Fashion & Racism: When Does a ‘Statement’ Go Beyond Just Style?