How To Make Extra Money In Retirement - Black Enterprise 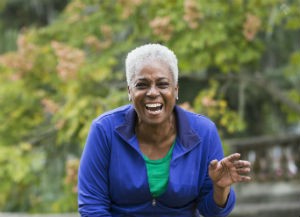 While all groups in the United States struggle to save enough money to live comfortably in retirement, the issue is particularly striking for African Americans.

According to the Urban Institute, the average white family had more than $130,000 in liquid retirement savings, compared to $19,000 for the average African American family.

This makes it imperative that people in the black community, and others, figure out ways to supplement their retirement income.

“Most likely for most of us, life in retirement isn’t going to look a whole lot different from our life before retirement,â€ says Carla Dearing, CEO of SUM180, an online financial planning service created by women for women.

“That’s the life you’ll need to fund—not the one with the private jet, and sumptuously landscaped manse with Adirondack chairs dotting the grounds and a view of the ocean. Since that’s not the lifestyle most of us are preparing for, most of us will need about 80% of what our annual costs are right before we retire,â€ she adds.

While saving for retirement is one of the biggest challenges facing the American public, it’s important to keep in mind that with a little creativity you can supplement your savings and create financial security in your golden years.

A Workaholics Wake-up Call: Why Skipping Vacation for Work is a Bad Idea