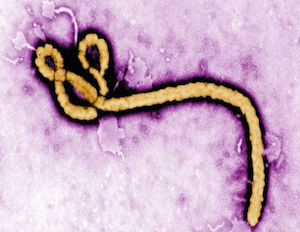 When it comes to handling Ebola, some western nations may well be served taking a peak at a page from Nigeria and Senegal’s medical journals.

With the news on October 20th that Nigeria, the most populous nation in Africa and home to the continent’s largest economy, had been declared Ebola free, investors across the globe with an eye on emerging markets, most likely heaved a collective sigh of relief.

According to the World Health Organization, “The lines on the tabular situation reports, sent to WHO each day by its country office in Nigeria, have now been full of zeros for 42 days.”

News of Nigeria’s victory over the what could easily have been a pandemic follows equally encouraging news from the nation of Senegal that the nation had also contained the crisis and been declared Ebola free.

The World Health Organization calls Senegal’s response a good example of what to do when faced with an imported case of Ebola, saying “The government, under leadership of President Macky Sall and the Minister of Health Dr Awa Coll-Seck, reacted quickly to stop the disease from spreading.”

Nigeria also initiated screenings at its major airports to help check the spread.

The two nation’s success in containing the virus proves that the virus can be contained.

WHO says Nigeria’s effort, “can help the many other developing countries that are deeply worried by the prospect of an imported Ebola case and eager to improve their preparedness plans. Many wealthy countries, with outstanding health systems, may have something to learn as well.”

At the moment Nigeria is Africa’s economic juggernaut. It has surpassed South Africa as the largest economy on the continent.

According to Bloomberg News, “the size of the economy expanded by more than three-quarters to an estimated 80 trillion Naira ($488 billion) for 2013. That compares with the World Bank’s 2012 GDP figures of $262.6 billion for Nigeria and $384.3 billion for South Africa.”

These numbers make Nigeria the 26th-biggest economy in the world.

It’s a big win and validation for the government most recently criticized for its handling of a kidnapping scandal where the Islamic militant group Boko Haram allegedly abducted more than 200 students.

The outbreak has been largely contained to three West African nations. Liberia, Sierra Leone and Guinea. As of the weekend ending October 19, more than 4500 people have died as a result of the disease, tens of thousands have been infected.

According to the World Health Organization Ebola has a 70% fatality rate and if it isn’t effectively contained over the next couple months could infect as many as 10,000 people each week.

As the United States Consul General in Nigeria, Jeffrey Hawkins, said at the time, “The last thing anyone in the world wants to hear is the 2 words, ‘Ebola’ and ‘Lagos’ in the same sentence. â€ As he noted, that single juxtaposition conjured up images of an “apocalyptic urban outbreakâ€.

WHO says, “Nigerian health officials reached 100% of known contacts in Lagos and 99.8% at the second outbreak site in Port Harcourt.”

But it is a necessary reminder that the epidemic has been largely contained to just three countries in West Africa. The continent is home to 47 nations, 53 if you count the nations off the coast.

The fears, whether rational or irrational is already taking a massive economic fallout – toll — According to the World Bank, unless the epidemic is quickly contained The outbreak of Ebola could cost the West African economy $32.6bn by the end of 2015.

According to reports, orphans of victims are often abandoned because relatives are too terrified to take them in. Some health officials say the situation is expected to get worse before the tide begins to turn. 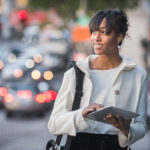