Astronaut Mae Jemison’s 6 Tips for Success on Earth, in Space, and in Any Field - Black Enterprise 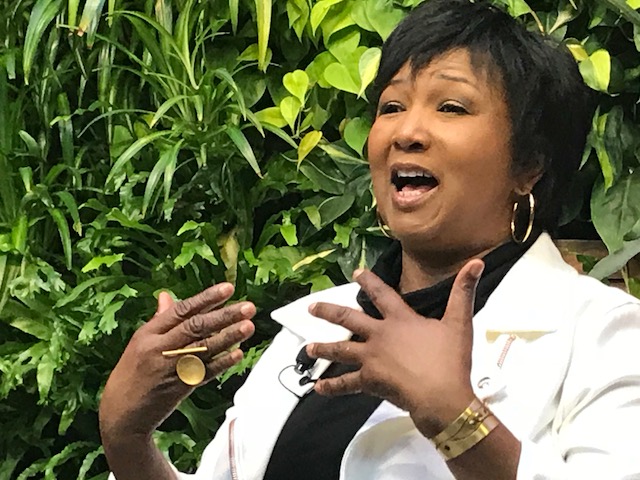 When NASA astronaut Dr. Mae Jemison rocketed into space, she brought a Bundu statue from the Women and Girls Society of West Africa, a pink and green AKA banner, the flag of the Organization of African Unity, and a picture of Judith Jamison performing one of Alvin Ailey’s signature dances, Cry.

The first African American woman to go on such a mission discussed her journey to 1992’s Space Shuttle Endeavor with a riveted audience at SAP’s San Francisco headquarters recently. Among the surprises, it turns out that Jemison, the scientist, was at one time seriously considering following in the footsteps of Jamison, the dance legend. But that wasn’t her reason for toting the photograph or any of the other items that accompanied her into space.

“I wanted to include people and organizations that had not been included before because space belongs to all of us,” said Jemison. “We don’t all want to go, but we all wonder what’s up there.”

After showing off her Black Panther phone case (“I had it before the movie,” she bragged) and crossing her arms across her chest in the Wakanda salute, Jemison wowed the room full of mostly African American tech entrepreneurs, executives, and investors.

Ram Jambunathan, SVP and Managing Director on SAP.io, seemed nearly as impressed by the audience as he was the evening’s headliner. “It was so empowering to see this group which you don’t typically see in Silicon Valley,” he said. “When you think of Silicon Valley entrepreneurship, you tend to default to the regular stereotypes and regular thinking around white males or Asians. Tonight we saw a much different vision of Silicon Valley as well as an astronaut who just happens to be African American and just happens to be a woman. It was incredibly inspiring.”

As an engineer, physician, astronaut, professor, and entrepreneur, Jemison is an interdisciplinary icon who has distinguished herself at every turn. Her current work, as the principal of 100 Year Starship, is focused on sustaining the research needed for interstellar travel. She also leads the Dorothy Jemison Foundation for Excellence, which is about to launch a campaign designed to capture 24 hours of lay people’s view of the heavens from planet Earth in August (for more information, go to lookuponesky.org).

In a far-reaching fireside chat hosted by the diversity and inclusion consultancy Culture Shift Labs, along with SAP.io, Jemison, 61, talked about everything from her near-pivot into a very different career to the overt biases she faced from the start. In the end, what she presented was her formula for being a star in any sphere.

Believe in yourself, no matter who doesn’t.

When Jemison first told her kindergarten teacher she wanted to be a scientist, the response was, “Don’t you mean nurse?” “She was trying to help me manage my expectations, but I was not worried about what she thought about me,” said Jemison. “I have always been supremely confident in my intellectual capacity.

Bring all of who you are to everything you do.

This former Peace Corp volunteer made it clear that while she has traveled as far away as one can go, she still views the world through a lens that was crafted on the South Side of Chicago in a home where her confidence was nurtured and her curiosity embraced.

Focus your path, but explore all your passions.

At Stanford University, where she majored in chemical engineering and African and African American studies, Jemison also took dance classes and choreographed a musical called, “Out of the Shadows.” Already accepted into medical school, she was still considering going to New York to pursue dance instead. Her mother helped her choose, saying, “You can always dance if you’re a doctor, but you can’t necessarily be a doctor if you’re a dancer.”

“Pay attention to what’s going on around you. You have to be able to take critique and to critique yourself. You also have to know what you do well.”

“Life expands and explores. Either you expand or you start to die in your own waste. And, as adults, if we do nothing else, we should be able to teach children. We give a lot of lip service to caring about education, but when we will spend more money on our hair than we will on books, or on a car than our kids’ education, there’s a problem.”

Be a change agent.

“Use your place at the table. Everybody’s always saying they want a place at the table and then they act like everyone else and they mind their table manners. Bring your experiences to bear on the questions that are asked. Find the nerve to say the things that have to be said, even when it’s hard.” 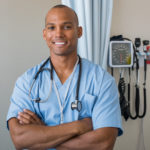 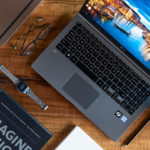