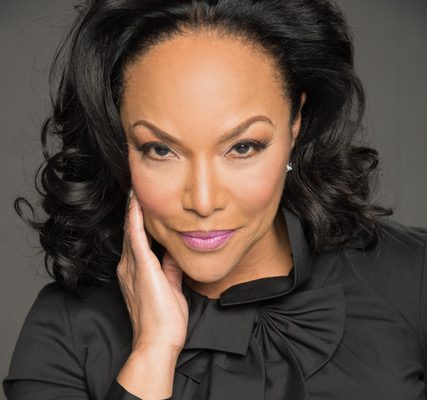 Since its 2016 premiere, loyal fans have followed the scandals, secrets, and lies within the Greenleaf family and their Memphis megachurch on OWN’s hit series Greenleaf. Although the faith-based series was a breakout hit, it ascended to new heights last fall. Season 4 of Greenleaf was the No. 1 original scripted series for African American women and total viewers on cable television, reports Deadline. It also ranked as the No. 4 original scripted series on cable for all women between 25 and 54, making OWN’s Tuesday nights the No. 1 cable network among African American women, households, and total viewers. Thus, there was no surprise that the announcement of the show’s fifth and final season triggered a fervent response from fans. According to The Hollywood Reporter, Greenleaf creator Craig Wright and executive producer Oprah Winfrey originally envisioned Greenleaf as a five-season story arch and discussed the possibility of a spinoff. However, plans for a spinoff were accelerated by the outpouring of support.

Lynn Whitfield, who plays Greenleaf matriarch Lady Mae, says she can’t attribute the secret behind the show’s success to one specific thing. “If I knew, I would do it every time,” she told BLACK ENTERPRISE. She is, however, well-aware of the key elements that resonated with its audience. “We try to tell the truth. I think that the story about people whose family business was a megachurch is something that resonates with our fans because they’re big churches everywhere now. And some of them are really doing the work of the Lord and some of them are really doing the work for themselves,” she said, adding “and I think our cliffhangers are really good.”

Whitfield teased that in its final season, the Greenleaf family will fight to save their church from being taken over by Bob Whitmore and Harmony and Hope Ministries. All the while, a litany of secrets, both past and present, threaten to tear the family apart even as they try to unite.

“You can expect, first of all, the Greenleaf family to come together because they’re fighting this church who’s taking them over,” she said. “Everybody’s mistakes have been exposed and everybody has consequences to their bad decisions.”

For Whitfield, playing the matriarch of the Greenleaf family is “where life and the magic of storytelling combine.” Like her character, whose marriage is in shambles, Whitfield says divorce brought her closer to God.

“When I went through a terrible divorce is when I really discovered my relationship, you know, a spiritual relationship with God,” said the actress, who was married to influential playwright and director Vantile Whitfield from 1974 to 1978. She later married English film director Brian Gibson in 1990 and divorced in 1992. “There’ve been times in my life where I knew that I couldn’t make it without God,” she said.

However, being a woman of faith has not blinded the Emmy Award-winning actress to the corruption that sometimes takes place in church pews and pulpits. “People need to question, is this leadership doing the right thing? Is it leading me to Christ or is it leading them to dollars?” she said. “Man will disappoint. But [with] God, even if you think it’s a disappointment, behind that is some kind of silver lining.”

During the time of the interview, Whitfield says she had no knowledge or insight into the Greenleaf spinoff series. “I can’t tell you anything. I just hope Lady Mae gets to show up,” she said.

Nevertheless, she’s excited for fans to watch how the story unfolds. “They’ve been so good and so loyal. They have stuck with us through all of these seasons. I can’t wait to share the fifth and final season with them.”

Greenleaf is produced by Lionsgate in association with Winfrey’s Harpo Films and Pine City. Along with Whitfield, it stars Merle Dandridge, Keith David, Kim Hawthorne, Lamman Rucker, and Deborah Joy Winans. The fifth and final season of Greenleaf premieres Tuesday, June 23 at 9:00 p.m. ET/PT on OWN.

Watch Whitfield’s full interview discussing the series, the effects of COVID-19 on the entertainment industry, and the fight for justice for George Floyd on BLACK ENTERPRISE’s The New Norm With Selena Hill below. 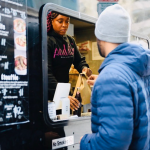 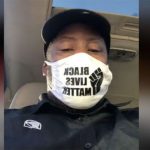