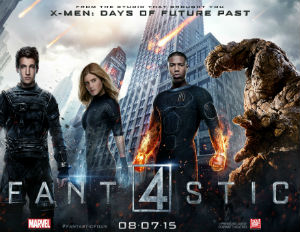 According toÂ IDMP, Â theÂ Fantastic FourÂ centers on four young outsiders who teleport to an alternate and dangerous universe, which alters their physical form in shocking ways. Their lives irrevocably upended, the team must learn to harness their daunting new abilities and work together to save Earth from a former friend turned enemy. The film stars Miles Teller (“Whiplash”) as Reed Richards, Michael B. Jordan (Fruitvale Station, Chronicle) as Johnny Storm, Kate Mara (Netflix’s House of Cards) as Sue Storm, and Jamie Bell (Billy Elliot, AMC’s Turn) as Ben Grimm.

In case you missed it, check out a few celebrity snaps from the screening and watch the trailer below.

(Part I) Dead Platform Walking: Why Google+ May Be On its Way Out