According to the Navy Times, naval aviation is overwhelmingly filled with white males serving as the face of the field and in a 2018 Military.com investigation, it was founded that there were only 26 Black pilots out of a total of 1,404 and less than 2% of Black pilots were assigned to jet platforms. This week, Madeline Swegle made history as the first Black woman to become a U.S Navy tactical jet pilot.

The 2017 U.S. Naval Academy graduate is currently assigned to the Redhawks of Training Squadron (VT) 21 at Naval Air Station Kingsville based in Texas where she will earn her wings at a ceremony July 31. Swegle joins the ranks of other Black female pilots such as Lt. Cmdr. Brenda Robinson who would go on to become the first Black female flight instructor in the Navy along with Capt. Vernice “FlyGirl” Armour , who became the first Black female pilot in the Marine Corps and combat pilot in the entire U.S. military.

The news comes as the military branch announced it will be creating a new task force centered around diversity and inclusion in light of the recent protests on racial injustice and police brutality. “As a Navy—uniform and civilian, active and reserve—we cannot tolerate discrimination or racism of any kind.  We must work to identify and eliminate individual and systemic racism within our force,” said Adm. Mike Gilday, chief of naval operations in an announcement on the Navy website.“That is why we are standing up Task Force One Navy, which will work to identify and remove racial barriers and improve inclusion within our Navy.” 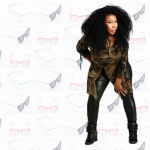 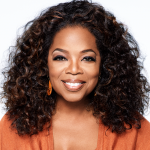