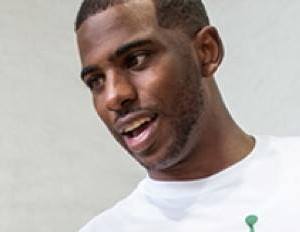 The Jordan Brand just keeps getting bigger and better, and two of its team members have entered the world of sketch comedy. Los Angeles Clippers forward Blake Griffin, and point guard Chris Paul are taking their high flying act, Lob City, to the Cartoon Network Adult Swim program lineup. The new show BGCP3TV in HD is a live action comedy short written by Neal Brennan—known for his work on the Dave Chappelle show—and will look to capitalize on the two stars’ high awareness and likability among sports fans.

The Jordan Brand continues to push the envelope with its marketing efforts. Earlier this fall Chris Paul released his sixth Jordan Brand shoe, the all-new CP3.VI, and the Jordan Brand team was ready to take flight. The Flight Truck toured all over LA the month of October—from high schools to the top pickup basketball spots allowing anyone who wanted to try the shoes out for a test run to do so. Participants were also able to see how fast they could run through the CP3 challenge with the shoes on for a chance to win a new pair of CP3.VIS and other Jordan prizes. On a separate occasion the Jordan Brand Take Flight (#TakeFlight) challenge was another huge marketing push that brought an interactive and unforgettable customer experience to consumers to bring its products to the customer.

BGCP3TV in HD is another attempt to push the envelope by bringing its consumer and targeted demographic closer to the brand and its athletes. Adult Swim has dominated the 18-49-year-old male total day ratings since 2010. But what is even more telling is that, according to Nielson, within this demographic 98% of the viewers are retained during commercials. With these two stars dominating TV commercials from Subway and Kia to State Farm and GameFly,Â  it seems that the Jordan Brand is making the right move onto the Adult Swim platform. The merging of a show / ad will ultimately be a vehicle for selling Jordan footwear, and in the world of business new ways of marketing products to consumers is critical in our fast paced social landscape.

Check out this YouTube clip of BGCP3 in HD’s first episode:

Daron Pressley (@daronpressley) is an entrepreneur and former Fortune 500 sales and marketing executive who has been featured on outlets including Fox45 News, Black Enterprise magazine, and The Washington Post. Knowledgeable in marketing and branding, Pressley works with professional athletes, organizations, and individuals to develop strategies to create, build, and grow brands. As a speaker Pressley has reached over 20,000 students. He provides dynamic insights on leadership and branding via his Website,Â DaronPressley.com