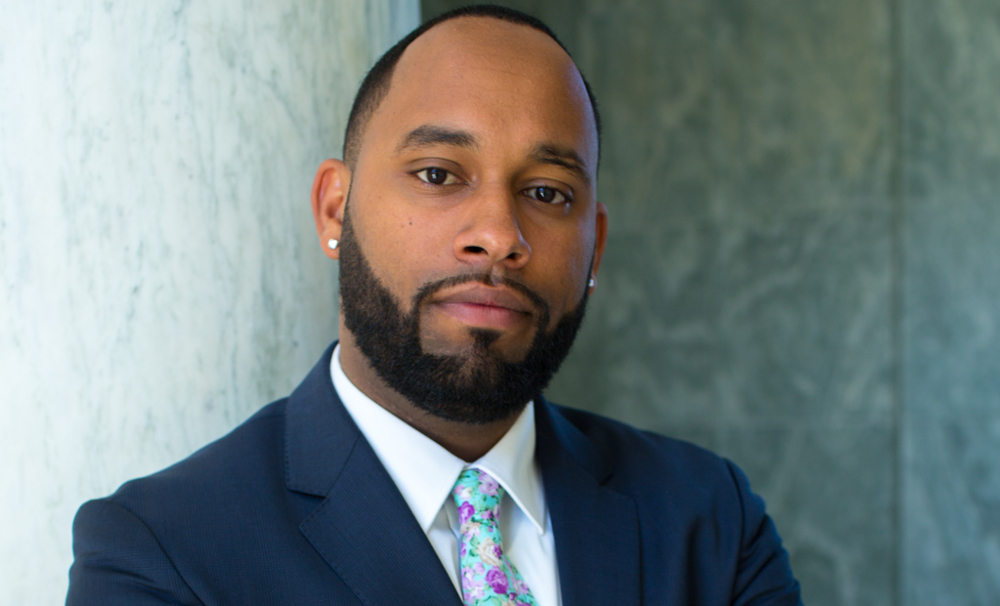 One Word That Describes You: Versatile

As a lobbyist, I am often invited to strategize with members of Congress, sit on panels, or join roundtable discussions to create policy solutions which address social ills that disproportionately affect the lives of black people, like the school-to-prison pipeline or housing discrimination. I usually am the only black man present in the room. This means that I have an obligation to ensure that I am speaking UP and speaking OUT on behalf of brothas and sistas who will be impacted by our decision making but don’t have a voice in the room. I try to be ‘their’ voice. When proposals are made that I believe will harm the black community, I fight back with new narratives supported by hard data.

I also take the time each day to meet with young, black congressional interns who have traveled to D.C. in hopes of joining the fight. I do my best to share with them the lessons that I learned as an intern, as a congressional staffer, and as a lobbyist to help position them to climb the ladder, break the glass ceiling, and have a huge impact on the people that we have been called to serve.

Being a part of the BEMM 100 Men of Distinction is an honor. I think that it is a testament to how a person’s life experiences and contributions to their community can (and should) be used to uplift other people, which ultimately creates a revolving door for success and advancement in our communities.

In 2011, I began my dream job of working on Capitol Hill for the congresswoman that represented my hometown. This had always been a goal of mine. However, when she found out that I had an interest in running for office, she recommended that I go back to Florida to attend law school, which she felt would position me to be successful in this endeavor. After my second semester in law school, I flunked a torts exam which resulted in my expulsion. Yes, I got kicked out my first year! A few months later I found myself sleeping on my mother’s couch … no money … no car … no job … no NOTHING!

I was 24 years old at the time and had pretty good professional experience, so I thought that finding a job would be effortless. However, I found myself sending off hundreds of job applications with no call-backs. I was strapped for cash, and my mother needed the financial assistance so I humbled myself and began applying for minimum wage jobs at local auto shops, fast-food restaurants, and grocery stores—still no call-backs. After two months of living on my mother’s couch, I finally received the call of a lifetime! The Congressional Black Caucus Foundation needed a new director for their Internship and Fellowship programs, and they thought I was the perfect candidate. Needless to say, I accepted the job.

I hitchhiked a ride from St. Augustine, Florida, to Clemson, South Carolina, with everything I owned tied to the roof of a Ford Explorer. I then convinced my uncle to buy an Amtrak ticket to get me from Clemson to D.C. When I finally made it, I slept on a friend’s couch until I got back on my feet financially. During my first year at CBCF, I had expanded their internship and fellowship programs, formed partnerships with over 50 new congressional offices and federal agencies, helped secure additional funding and even received the Emerging Leader Award. Sleeping on my mother’s couch after flunking out of law school was a lesson that life will throw lots of punches that you can dodge. But, eventually, some of them will land … and when life does land a punch, it’s up to you to get back on your feet, regain your composure, and FIGHT BACK!

Integrity. I admire people who are honest in their dealings and who ensure fairness and transparency in whatever circumstances that they can control. Integrity is also an essential ingredient for building trust, which is the bonding agent that holds relationships together, especially during tough times.

I grew up in a very poor neighborhood filled with blue-collar workers. As a teenager, I worked as a janitor, a dish washer, a landscaper, and even a USPS mailman. While working these jobs, my grandmother always told me that “no matter what job you find yourself doing, be the best at it; if you mop floors, ensure that they are spotless.”

This advice gave me my first lesson in humility, respect for my fellow man, attention to detail, and hard work, which I still take with me today as a lobbyist.

Every man has something that he can contribute to his community. Use the gifts and experiences that you have to help guide the decision-making of people who need your leadership. When trying to make a positive impact in the lives of young ‘brothas,’ we must be proactive! We cannot have reservations about approaching them and offering mentorship because so many of the young men who need it are afraid, or simply don’t know, to ask for it.

I always try to be the most knowledgeable person in the room on whatever subject matter is the cause for the meeting. The more you know about a particular subject, the more confident you’ll be in your ability to contribute something worthwhile to the group.

Unfortunately, I haven’t been on many vacations that didn’t involve me flying home to see my mother and brother in St. Augustine, Florida. Usually, these trips include me waking up when the rooster crows, drinking coffee with my mom, then going for a run. I try to go fishing when I have time, or read a book on the beach, or play spades with my friends from high school. But my real goal for vacation is to travel internationally, learn about a new culture, eat new foods, learn new languages, and see the world through a different lens.

I think I would probably go to Jamaica. I would love to be surrounded by water and embrace the carefree living that I’ve heard so much about. I’d also like to be a drummer in a reggae band.

Being recognized as a BEMM 100 Man of Distinction is an honor—thank you for allowing me to share my story. 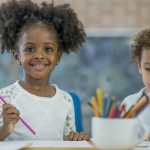 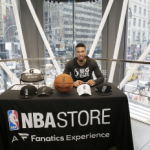