LivingSocial Confirms it Will be Cutting 400 Jobs 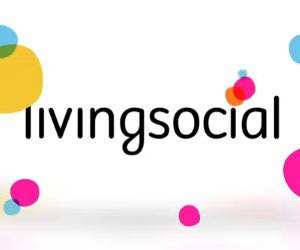 LivingSocial Inc. has confirmed it will be cutting 400 jobs across it’s U.S. work force.Â  160 of those layoffs will take place in Washington D.C., where LivingSocial has six offices.

The company reported a net loss of $566 million in the third quarter of this year. Its reported revenue fell to $124 million, down from $138 million in the second quarter.

The layoffs are being accompanied by several other shifts within the company. The Takeout and Delivery service, which was launched to replace LivingSocial Instant, will be focusing its efforts on a smaller number of markets. It is now serving about 20 markets, according to company spokesman Andrew Weinstein. Editorial is also seeing some layoffs as the company moves to streamline its copywriting, he added. Administrative support staff is also seeing reductions. Weinstein also confirmed that Eric Eichmann, who led the company’s international business unit, would step down, which he described as “a mutual decisionâ€ between Eichmann and CEO Tim O’Shaughnessy.

LivingSocial, which had raised more than $800 million in funding, had a staff of roughly 5,000 in the beginning of 2012. In July, they won a $32.5 million tax break from the D.C. Council on the promise it would stay based in D.C. Part of the legislation called on the company not only to maintain and expand its 1,000- employee base, but to move into a new headquarter of at least 200,000 square feet. Weinstein said the company still plans to pursue this expansion.

While the company has attempted to bring in new revenue streams, its daily deal remains its core business, similar to its chief competitor Groupon. However, the daily deal has fallen out of favor with many business owners and is no longer seen as a promotional channel worth investing in. This round of layoffs as well as the failure of other daily deal sites raises questions regarding a business model that requires merchants to accept a steep discount on the promise of reaching new customers.