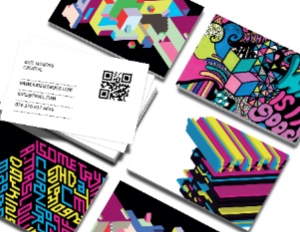 Evernote will let current Cardmunch users use its business card scanning service for two years with no charge.

LinkedIn announced today that its business card scanning service Cardmunch is shutting its doors this year.

The professional social network said that it would instead integrate with Evernote’s card scanning service, bringing the organizational software company and the social network closer together.

Cardmunch was acquired in 2011 by LinkedIn for an undisclosed sum. Originally, Cardmunch required you to pay per business card scan, but LinkedIn removed the price hurdle. Evernote CEO Phil Libin told TechCrunch that there were still 45,000 to 50,000 card scans per day, making it an essential networking and business tool.

Evernote is offering two years of free business card scanning to current Cardmunch users, and one year of free card scanning to all Evernote users with a LinkedIn account. After that, a Premium subscription will be required.

This is no doubt an effort to focus LinkedIn’s resources on its strengths, and narrow its scope. Earlier this year, the company said it was doing “fewer things better” on its blog, and at the same time shut down both its LinkedIn Intro and SlideCast services.

LinkedIn’s latest earnings report was full of good news, and its $473.2 million in revenue topped analysts’ expectations, according to Business Insider. But its stock still dipped and has continued to fall since the announcement.

On Cardmunch’s site, the company said it would be officially closing its doors on July 11. You can transfer the data to Evernote, or download your data from the site. The contact information will still be available in your LinkedIn contacts list.