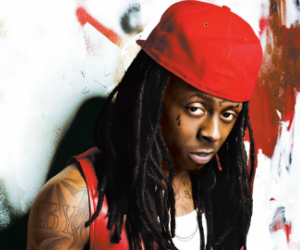 Los Angeles promoter Alfredo Marino is reportedly setting his sights to take Lil Wayne to court for a skateboard assault which allegedly took place in May 2012. He claims that after asking a bodyguard to take a photo of the rapper, he was told no, but decided to take a picture anyway.

“[The bodyguards] started tripping and saying, ‘I told you that Lil’ Wayne does not want to be bothered,'” Marino told the L.A. Weekly. “I told them I have taken pictures of tons of people and I just want to show my friends that I saw Lil Wayne. They started calling me a ‘groupie’ and I said, ‘I ain’t no groupie.'”

After going back and forth with Wayne and security, Marino was hit in the back of his head with a skateboard and knocked out on the street. After regaining consciousness, he was taken to nearby Cedars-Sinai, and was treated for vertigo and a concussion, which continued for weeks following the incident.

Florida Man Awarded $1.3 Million After a Slip-and-Fall in Walmart