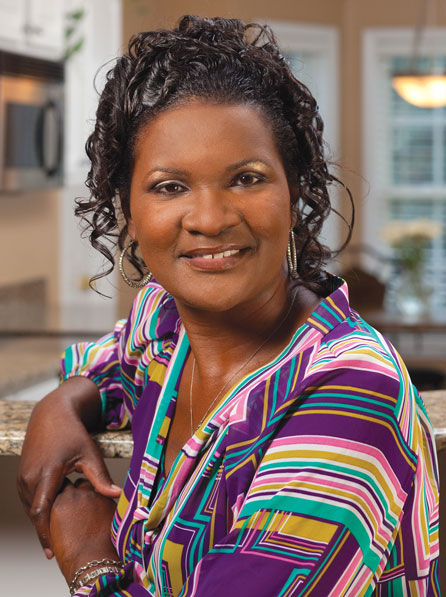 A death in the family is always emotionally demanding, but it can have lasting effects on a family’s finances. Jannis Briggs Milhouse of Columbia, South Carolina, knows this firsthand. For the past six years, the 45-year-old widow and mother of three has relied heavily on her late husband’s survivor benefits.

When her husband, Mark, died in a car accident six years ago, Milhouse wasn’t sure that she would be able to take over his role as provider and ensure financial stability for her family.

“My husband was the major breadwinner. When he passed away I was so fearful about what was going to happen to us,â€ says Milhouse, who had been married for eight years. “I tried to stay on the right path. Every time I got a raise, every time my income increased, I found another avenue to save.â€ Milhouse earns $32,000 a year as a claims services assistant for State Farm Insurance. After taxes, contributing to retirement accounts and investments, medical deductions, and car payments, her biweekly check of $1,016.08 is reduced to less than $10.Â  She relies on her late husband’s social security benefits–$28,000 a year–to pay household bills and other living expenses.

But Milhouse’s survivor benefits won’t last forever. They are designated for her two sons, Marcus, 13, and William, 10, until the youngest turns 18. In eight years, she will face yet another life challenge: how to survive on just her salary. “This is why I am trying to be stringent with my finances because of that time frame,â€ says Milhouse, who also has a 19-year-old daughter, Teshaun, from a previous marriage. Furthermore, Milhouse used her husband’s $400,000 life insurance proceeds to help family members settle their debts. She also purchased an annuity, started a college fund for her children, paid off some of her own debt, bought a vehicle, and used some of the money to pay for her family’s living expenses.

Looking back Milhouse admits she would have used the life insurance payment differently, but chooses not to reflect on the past. Instead she is working toward creating strategic savings goals and a debt repayment timetable. For example, Milhouse wants to double up payments on the $140,000 mortgage for the family’s four-bedroom, three-bath, ranch-style home purchased in 2003. “My goal is to try and pay the mortgage off while I am still receiving benefits from my late husband.â€

Although her outlook is positive she still fears that she will have a cash shortfall in terms of covering living expenses and future retirement needs once she has to rely solely on her income. Working in her favor is that her consumer debt is minimal at the present. She owes $6,000 on the 2007 Honda FIT she bought for her daughter and has less than $500 in credit card balances.

Hoping to open up better career opportunities, Milhouse went back to college and obtained a bachelor’s degree in business management this July. As of December, she’ll owe $22,000 in school loans. But the 21-year veteran State Farm employee, who plans to retire with a pension in hand, anticipates a salary boost as the payoff.

Cleaning Up At Whirlpool