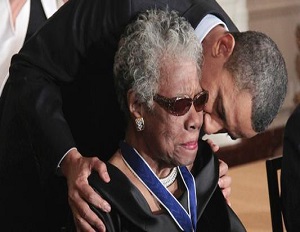 A video archive of thousands of hours of interviews from The HistoryMakers that captures the life, history and culture of African Americans has been donated to the Library of Congress.

The archive will document the legacy of African Americans throughout the years, with in-depth interviews of some of our culture’s biggest icons like the late great Maya Angelou, Angela Davis, President Barack Obama, John H. Johnson and more.

“The collection is one of the most well-documented and organized audiovisual collections that the Library of Congress has ever acquired,” said Mike Mashon, head of the Library’s Moving Image Section in a press release.Â Â “It is also one of the first born-digital collections accepted into our nation’s repository.”

The HistoryMakers was founded in 1999 by Harvard-educated lawyer, television producer and recipient of Black Enterprise’s 2014 Women of Power Summit Legacy Award, Julieanna L. Richardson. It’s a non-profit organization that educates the community with invaluable first-person accounts about the struggles and accomplishments of well-known and unsung African American figures.