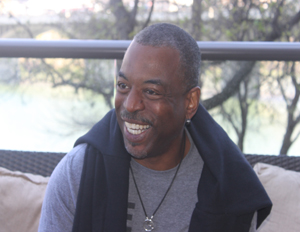 The once popular children’s learning show “Reading Rainbow” that made it fun for every ’80s and ’90s kid to read is now on the path to making a much needed comeback. Actor LeVar Burton launched a Kickstarter campaign on Wednesday to help revive the show that aired between 1986 and 2006, with re-runs through 2009. With a mission to raise $1 million by July 2, Burton’s campaign has already exceeded its goal in just 24 hours. “It was my mother who taught me that, by picking up a book, I could ‘go anywhere’ and ‘be anything,'” Burton saysÂ on the campaign site. “Ever since “Reading Rainbow” began in 1983, I have dedicated myself to fostering a love of reading in children, just as my mother did for me.”

The new show is expected to be more tech-based this time around as it will be available in the form of a free website to allow educators to it use as a teaching tool in the classroom. With one out of four kids in the U.S. growing up illiterate, the need to revive the learning show and expand beyond its 2012 iPad app is much needed.

Stand Up and Be Counted for True Diversity