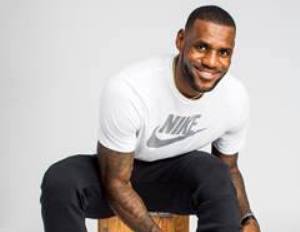 LeBron James is set to add reality TV star to his multimillion-dollar career rÃ©sumÃ©, but not in the traditional scandal and cat fighting way popular on many of the genre’s episodes.

ESPN reports that the NBA star will co-produce and appear in a CNBC series called Cleveland Hustles, which will make its debut this summer. James and his close friend and business partner Maverick Carter are producing the series, which will give four aspiring Cleveland entrepreneurs the chance to realize their dreams while revitalizing a local neighborhood.

Business experts will also be featured on the show to invest in and mentor the entrepreneurs. The show’s producers seek to facilitate success for the four businesses, thus leading to jobs and services for neighborhoods in need, CNBC reports.

James is no stranger to Hollywood or entertainment, as he co-starred as himself in Amy Schumer’s comedy TrainwreckÂ last summer, has recently signed a $15.8 million studio development deal with Warner Bros and Turner Sports, and has his SpringHill Entertainment company which produced Survivor’s RemorseÂ on Starz. He also produces a show called Becoming on Disney XD.

Global Tech Leaders of the Diaspora: 10 African Innovators to Watch In 2016