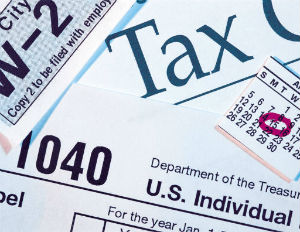 The Internal Revenue Service came under political fire for one of its units’ extra scrutinizing of conservative groups seeking tax-exempt status. Now the IRS is facing criticism from some lawmakers for targeting thousands of small business owners and inquiring if they underreported income.

Under the heading “Notification of Possible Income Underreporting,â€ the agency sent some 20,000 letters across the country to small employers demanding they review and confirm that they accurately reported their income on last year’s tax returns.

Employers were targeted based on information the IRS has started collecting about credit and debit card transactions, the letter states. In short, the agency is hunting for firms that reported an unusually large share of receipts from card transactions, questioning whether they left out some harder-to-track cash payments, which are more often underreported.

A form attached to the notice requires companies to “explain why the portion of your gross receipts from non-card payments appears unusually low for your type of business.â€ Not responding “may result in further compliance action,â€ officials warned.

IRS officials say the letters do not constitute an audit and that they are simply requesting a second look from some employers.

Do’s and Donâ€™ts of Starting an Investment Club