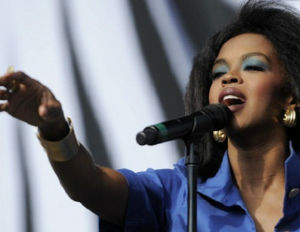 According to sources, the former Fugees singer made more than $1.8 million during that time period. Hill claims she didn’t pay taxes because “she felt her life as well as her family’s were being threatened,â€ reports TheUrbanDaily.com.

The Sister Act actress is currently looking at jail time for several years, but is telling the courts that time would be better served outside of a cell as she would be able to pay off her debt more expeditiously.

“According to documents…Lauryn Hill never goes into detail about the perceived threats on her life, but it does add to the various theories as to why [she] withdrew from the public spotlight,â€ says TheUrbanDaily.com.