Lauryn Hill Is Sentenced to 3 Months in Prison 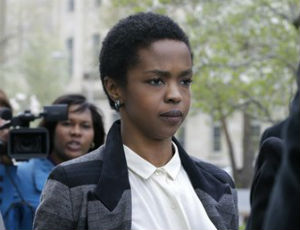 Grammy-award winning singer Lauryn Hill was on Monday sentenced to three months in prison for failing to pay taxes on nearly $1 million in earnings.

The New York Daily News is reporting that she was sentenced to an additional three months of home confinement.

During a forceful statement to the judge, Hill explained she had always meant to eventually pay the taxes but was unable to during a period of time when she dropped out of the music business.

Before the sentencing, her attorney had said Hill had paid more than $970,000 to satisfy the state and federal tax liabilities.

Hill had faced a maximum sentence of one year each on three counts. Her attorney had sought probation.

It was not immediately clear when she would begin serving time.

Speaking Up Pays Off When it Comes to Your Financial Goals