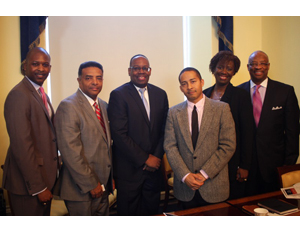 “There’s not enough talent in the pipeline,â€ is what heads of some of the largest tech companies have told those pushing for more diversity and inclusion in the technology industry.

“We have found that to be somewhat of a myth,â€ said Congressman G.K. Butterfield (NC), chairman of the Congressional Black Caucus, at a CBC Tech 2020 event in Washington D.C. on Thursday.

“There are African Americans who are ready, who are willing, and who are able to work for tech companies and sit on boards of directors,â€ said the congressman. “Companies can no longer stand on the crutch that a lack of a talent pipelineâ€ is a reason for not including significant numbers of African Americans in technology, he said.

The congressman also outlined the next steps for the CBC, which include: focusing more intently on the representation of African Americans in the government affairs offices of tech companies in the D.C. area; traveling to tech hubs outside of Silicon Valley to access a broader range of stakeholders; working with a broader selection of tech-related companies such as telecoms, financial services, and biotech firms; and highlighting the work of innovative tech companies that are setting and achieving goals for increasing diversity and inclusion. 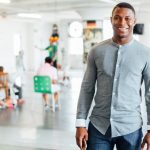