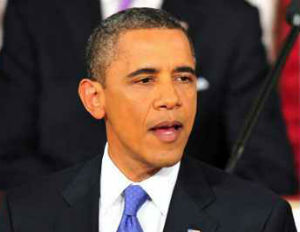 President Obama’s historic 2008 election hasn’t had much positive impact on getting more black politicians on the ballots for major office,Â according to the Grio.

There are no blacks running for statewide posts in 2008, and opinions on the likelihood of that changing are mixed.

“It’s not getting harder to run in certain states simply because one is African-American,â€ said Harvey Gantt, who was Charlotte’s first black mayor and ran twiceÂ unsuccessfully for a U.S. Senate seat. “It may be getting easier to do it because people’s attitude may be changing.â€

He added, noting Obama’s success, “If we’ve been able to attain the highest office, all the other offices are in play, but it takes imagination.â€