Kimberly McCarthy Set to be 500th Person Executed in Texas 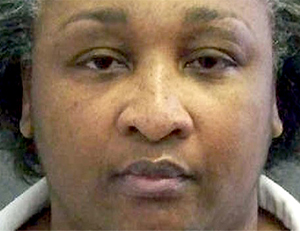 If the “Grim Reaper” exists, he (or she) is pretty busy in Texas.

The Lone Star State is set to carry out its 500th execution withÂ convicted killer Kimberly McCarthy, an African-American.

If McCarthy’s execution goes as planned on Wednesday, theÂ 52-year-old would be the first woman executed in the U.S. since 2010, as well as beingÂ the 500th person executed in Texas since the state resumed carrying out the death penalty in 1982, the Associated Press reports.

“The shameful errors that plague Ms. McCarthy’s case – race bias, ineffective counsel and courts unwilling to exercise meaningful oversight of the system – reflect problems that are central to the administration of the death penalty as a whole,” Levin said. “For this to be the emblem of Texas’ 500th execution is something all Texans should be ashamed of.”

McCarthy was sentenced to death for a 1997 robbery, beating and fatal stabbing of a retired college psychology professor. Authorities say McCarthy cut off the victim’s finger to remove a wedding ring.