Kevin Hart Laugh at My Pain Comedy Tour and Movie 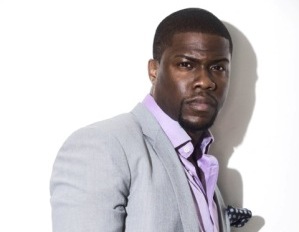 Comedy is no laughing matter to comedian Kevin Hart—it pays well—and Hart, who has paid his dues on the comedy circuit for years, is finally starting to see the spotlight at the end of the tunnel.

After embarking on his 90-city Laugh at My Pain Comedy Tour (movie in theaters Sept. 9), the Philadelphia native has broken records (grossing about $15 million in ticket sales in two days, exceeding Eddie Murphy‘s “Rawâ€ tour), won the hearts of fans (as evidenced by sold-out venues nationwide), signed an exclusive deal with AMC to release his movie, launched an app (Little Jumpman) and landed big endorsements (Ford and Jordan, who hasn’t teamed with any personality since Spike Lee, remember those commercials?).

But the jokester takes it all in stride as he chats with BlackEnterprise.com about poking fun at himself, what his new wealth now affords him, and why, despite his divorce, he’ll never disrespect his ex.

Your live comedy concert film, Laugh at My Pain, is hilarious. Yet people think you’re an overnight success. How did you get your start?

My actual break came from Damon Dash and Jay-Z, who saw me perform live and told me they were working on an indie film called Paper Soldiers that they thought I’d be great for. So that was my first film and leading role where I played Shaun, a [brother] whose life is falling apart. He’s in jeopardy of losing everything and he starts robbing houses, but he was terrible at it. It was pretty funny (Laughs).

We bet! One of the things that endears you to millions is your self-deprecating humor. Is that pure comedy or a defense mechanism?

Well, I’ve always been that way and have never forced it and thought, This is how I’m going to say or do this. It’s just a natural instinct of mine. But to some degree, yes, it is a defense mechanism because, in a way, it’s disarming others before they can criticize me.

What would people be surprised to know about you?

I’m pretty much an open book. I try not to hide anything and remain front and center on purpose. That way there aren’t any surprises.

Reportedly, you’ve surpassed Eddie Murphy’s live concert record sales by grossing more than $15 million in two days. How have you digested that milestone?

Honestly, I try not to celebrate those numbers because I don’t want to get content and think, I made it. I’m successful! When you start to think that way, you think you don’t need to go any further—so I don’t address it. And Eddie and I are cool, he’s a cool dude. He told me to keep doing what I’m doing, [and that] I’m on the right track.

Who are you mentors?

Chris Rock has given me great advice.

How has or will money change you?

It hasn’t. If it does, it should only change you for the better. The only difference now is that I get to see things I couldn’t before because I can pay for it (Laughs). Like taking my kids on elaborate trips and have everything taken care of, or the convenience of taking a private jet back and forth now that I have access. But again, I don’t let any of this get to my head too much.