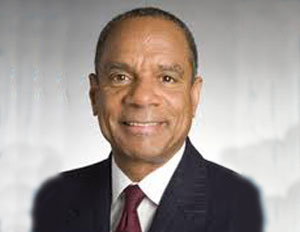 As only the third African American CEO of a Fortune 500 company, Kenneth Chenault knows more than a thing or two about the need for diversity on corporate boards.

Serving as CEO of American Express Co., Chenault shared his wisdom with a group of NBA owners about how diversity in the workplace strengthens a company’s ability to remain a competitive business.

“He’s an All-Star when it comes to CEOs,â€ NBA Commissioner Adam Silver told Bloomberg News after concluding three days of meetings in New York. “Creating a diverse workforce is ultimately about competing like crazy.â€

Chenault is one of the most recent financial CEOs to speak to a group of NBA owners, with other invited speakers including JPMorgan Chase & Co. CEO Jamie Dimon and Goldman Sachs Group Inc. CEO Lloyd Blankfein.

In June, the NBA received an A grade from an annual report done by the Institute of Diversity and Ethics in Sports. The league received an A-plus for racial hiring and a B-plus for gender hiring.

“He wasn’t here as a finance person, but as CEO of one of the world’s leading corporations,â€ Silver said.

Chenault has been named by Black Enterprise as one of the 10 Most Powerful African Americans Directing U.S. Corporations and has been listed at No.4 on Black Enterprise’s list for the most impactful business leaders of the past 40 years.