Job Search: Why You Should Keep Former Bosses On Your Radar Just because former employers fall off the bottom of your resume doesn’t mean they should fall off your radar. Far from it. These days, the more heavy-hitters you can harness into your network, the better your shot at moving up in your career.

Connecting with former bosses helped Atlanta-area IT specialist Marleen Graham‘s job search this year. Graham hesitated to contact a former boss last year. This was the person who gave her first break in the IT field, and it had been almost 10 years since they’d spoken. Would he even remember her?

He did more than remember her: He referred her to a company he knew was looking for an IT person. Graham got an interview and very nearly got the job–then the company instituted a hiring freeze.

Here’s how to harness your former bosses for future career success:

Find the Fit
Before reaching out, decide what you want out of your next job, said Promise Phelon, founder and CEO of the online career management service UpMo.com. “Look at your resume and identify up to five things you want your next employer to hire you for,â€ she said. Once you know, compare that with your former bosses. Contact the ones who most closely fit your career trajectory. That way, you won’t be wasting anyone’s time.

Don’t Wait
Graham waited months to tell people she was looking for work. Once she did, she regretted the delay. “They said, ‘If you had contacted me two months ago, I knew someone who was hiring and I could have gotten you in at this company,’â€ she recalled. “Now I let everyone know what I’m looking for, and I’ve had many job interviews through my network.â€

Let Tech Talk
Graham has even started her own networking group. Success Through Networking has nearly 600 members on LinkedIn, including former bosses and a previous employer’s senior executive. You don’t have to start big, though. Instead, Cheryl Palmer, a Silver Springs, Maryland, career coach, suggests connecting with former bosses individually through LinkedIn. No one will be surprised if they get a email or phone call as a result of being on the site.

Tailor Your Dialogue
When contacting a former employer, don’t start out with a request for help. Start by asking him what he’s doing career-wise. “It’s obvious for him to then ask what you’re doing now, and that gives you an opportunity to say that you’re looking for a new opportunity,â€ Palmer says. “You can say, ‘I recall that when we worked together, I was doing X, but I’ve taken a different twist now and this is what I’m really interested in doing.’â€ 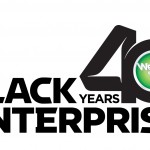 How To Get Into Black Enterprise: Pitch The Right Editor