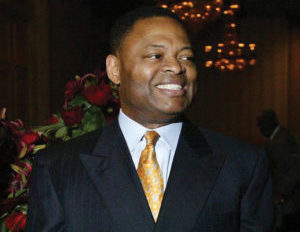 Lawal serves as chairman of 30-year-old energy company CAMAC, which is engaged in the exploration, development, and operation of oil properties in Africa and South America. Lawal and his brother Kamoru, CAMAC’s CEO, represent a select cadre of African American power players in the oil patch.

“CAMAC continues to blaze the trail. As you know, we are the only energy company that is controlled by African Americans on the New York Stock Exchange,â€ Lawal says, citing that capital reached a peak of $1.6 billion last year but due to declining oil prices that figure is currently $600 million.

“We continue to train young individuals, African Americans and [those of] African origin, and continue to increase production and the reserves we have.â€

Lawal also maintains that since Houston remains “the energy capital city in the world, it is a very strong magnetâ€ for the large concentration of Nigerian and Ghanaian immigrants, many with intimate knowledge of the sector.

In 2006, Lawal graced the cover of BEÂ when CAMAC was one of the few BEÂ 100s companies to surpass the billion-dollar mark in revenues and earned the distinction that year of being named the Industrial/Service Company of the Year.

Since that time, Lawal, who holds a B.A. from Texas Southern and an M.B.A. from Prairie View A&M, has served as commissioner for the Port of Houston Authority and become the largest shareholder of Unity National Bank, the only African American-managed bank in the state.

“We are growing that bank essentially to become one of the first billion-dollar banks controlled by African Americans in the United States. We are well on our way.â€