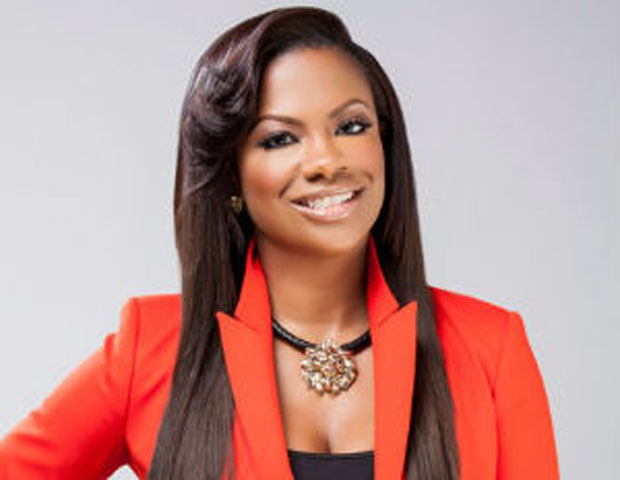 90’s kids may still identify with her as the former lead singer in the group “Xscape,” who is now on some crazy reality show. On the other hand, reality show junkies may know her as the star of “Real Housewives of Atlanta” who just happened to be a singer at some point in her life.

She is both, and a lot more.

Following in the footsteps of Oprah Winfrey and Tyra Banks before her, Burruss has used her celebrity to build an impressive portfolio that includes music, product, retail, mobile gaming, real estate and media.

After the disbanding of Xscape in the late 90’s Kandi went on to become a solo singer and even more successful songwriter penning tunes like “No Scrubs” for TLC, “Bills, Bills, Bills” for Destiny’s Child, as well as cuts for Mariah Carey, Usher, Alicia Keys, Pink and Whitney Houston among others. After a couple missteps in her singing career, Kandi resurfaced as a cast member of the popular reality series The Real Housewives of Atlanta in 2009. Since then life has only gotten sweeter.

Kandi’s current business calendar includes hosting her own online talk radio show “Kandi Koated Nights” and producing her new Bravo TV series “The Kandi Factory” which is centered around her talent development complex of the same name. She co-owns “Tags Clothing Boutique” which currently has two locations in her hometown of Atlanta. In addition to being active in the real estate market, she also owns her very own “adult luxury” brand, “Bedroom Kandi.”

We caught up with the mogul-on-the-go to get the story of how she’s managed to from a lead singer to a leader in business.

BlackEnterprise.com: What was it about the music industry that made you want to become an entrepreneur?

Kandi Burruss: When we started the singing group I was just a teenager. When you start making that kind of money, you never want to go back to a point where you are not financially secure. In the music industry we hear all kinds of stories about people being hot one minute and the next they’re going bankrupt or losing their house. I never wanted that to be me. And my mom would always scare me saying “don’t put all your eggs in one basket.” I went from being in school everyday to being on TV, so it’s not like I had that experience of going to school and getting a degree. So for me, if I’m not singing how can I maintain this lifestyle? So I would readÂ  financial books on how people maintained their wealth.

Do you remember what you did with your first big check?

Our first check was not a big check, it was very small. But what I did with mine was go in with my mother and buy the house across the street from where we lived and kept it as a property. My mom always would tell me stuff like “good credit is better than money.” When I was a teenager I would balance my checkbook down to the penny. I don’t do that anymore, but I was very careful with every dime. I might have been better with money then than I am now.

What are some good financial practices that you do now?

At first I fell into the trap of letting the business manager pay the bills for me. But when I heard that Oprah writes her own checks and pays her own bills, I figured that if I want to be like her one day, I need to step up and start doing that myself. Month to month, I look and see what checks come in and go out. And I’m glad that I pay attention because just recently someone tried to do fraud on my account. People think when you make a lot of money that you don’t pay attention.

Another thing I do, I have a bank account that I keep large amounts of money in, and an ATM card that I keep hardly any money in. When you have that card, you are constantly swiping and you lose track of what you’re buying and overspending. So I separated the account I use to pay my bills with from the rest of my money and put it in another bank. So if I see something I want, I really have to think about it now because I’d have to go the bank and physically take money out, because I don’t have enough money on the ATM card to splurge. That’s when you realize that you really don’t need it.

Do you remember any advice from anyone other than your mother? Another celebrity maybe?

When I was 19, I had the pleasure of being on tour with LL Cool J and he would give me tips here and there. One of the tips I held on to, was when I just bought my house that year. I bought my first house when I was 19. He said, always have one house and one car that you own. At the time I didn’t own anything, I just had a down payment like anybody else. But he told me with every check I get, put something extra towards the principal of the house. He said to pay the house off because you never know what may happen. You may have bought the house when you had checks rolling in, but if you’re in a 30-year mortgage, you don’t know what can happen later. So try to pay it off before the term of the loan ends.

Lessons on Web Branding: 5 Celebrities Who Get It Right