The Jungle Book Movie: Step Into a Mythical Indian Rainforest 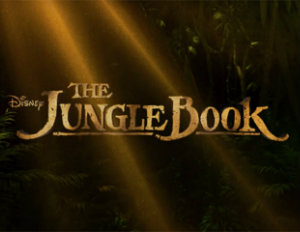 Shot completely on a Los Angeles soundstage using CGI technology, Disney’s new The Jungle Book movie is realistic and breathtaking while simultaneously bringing the terror and ferocity of fearsome jungle creatures to life.

The Jungle Book is the story of Mowgli, a little Indian boy raised by wolves who ends up all alone in the rainforest.

Neel Sethi does a wonderful job playing the story’s protagonist—a boy who endears himself to the movie audience, as well as various animals, with his vulnerability and loving nature. Director Jon Favreau who cast Sethi in his role says he, “wanted someone you could relate to and enjoy watching for one and a half hours.â€

The Indian rainforest in this film is often a dark and dangerous place, but the movie doesn’t tell the dark story author Rudyard Kipling wrote a century ago. It’s also not the comedic, animated, musical Disney interpretation of 50 years ago.

This new Jungle Book is a magical interpretation of the great Jungle Book story that is, in many ways, a fantasy set in a world that still reflects the reality of the jungle and its inhabitants.

Nevertheless, director Favreau wanted to honor the classic Disney movie and included some musical moments related to the old film together with a subtle nod to other Disney characters such as Dumbo, Pinocchio and the Disney Jungle Book characters, which he says were all “kneaded into the dough of the [new version of the] film.â€

Favreau made brilliant choices in casting the voices of the movie’s characters. Scarlett Johansson’s delivery as Kaa the Snake is seductive, cajoling, menacing and laced with scintillating “esses.â€

Idris Elba is fierce as Shere Khan, the embittered tiger, and the talented Lupita Nyong’o’s soothing voice is perfect as Mowgli’s loving wolf mother, Raksha. Bill Murray’s voice is a comfortable choice for the laid back bear, Baloo, who shares some wonderfully memorable moments with Mowgli.

While a trip to see this movie is well worth the ticket price—if just to experience Christopher Walken’s voice as King Louie the orangutan—timely coincidences and spooky synchronicity brought the whole project together.

And the soundtrack? The emotional score enhances the film’s ever- changing mood as it envelopes the audience, especially when delivered via state-of-the-art technology with orchestra-worthy acoustics.

This Jungle Book is definitely re-imagined in a good way. It’s an artistic endeavor that “was destined to be,â€ says Favreau, and an entertaining movie for children and adults alike. Check out the trailer below!

Principal Opens Up About How Her Title 1 School Succeeds